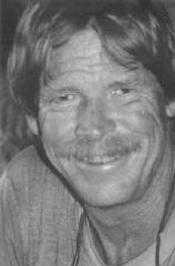 Born on November 26, 1955, in Greensboro, NC, he was the beloved son of George and Varina Reynolds.

He followed in his father’s footsteps as a talented carpenter and took the trade he loved to Topsail Beach as a young man where he and his father built several homes on the island, including their family cottage.

In 1990, Wes became a full-time resident of Topsail Beach, where he made many friends through his love of fishing, boating and gatherings at the Sound Pier.

Wes will be greatly missed by Cindy Lippard, his partner and best friend of 22 years; Jacob Lewis Reynolds, his son and Jacob’s wife Justine Reynolds of Atlanta, Georgia; his mother Varina Reynolds of Summerfield, NC; and his sister Judy Reynolds and her partner Bev Crawford of Allentown, NJ.

A memorial service will be held on Friday, November, 4th at the Emma Anderson Memorial Chapel on Topsail Beach at 3:00pm.

In lieu of flowers, donations can be made to the Emma Anderson Memorial Chapel, Fellowship House or the charity of one’s choice.