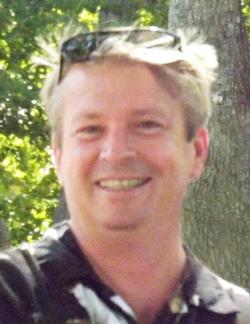 Gerald Anthony Luciano, 52, of Wilmington, NC passed away peacefully at his home on Sunday, March 15, 2015.

Jerry was a member of St. Stanislaus Catholic Church in Castle Hayne and was a Nuclear Engineer at General Electric Nuclear Fuel Manufacturing in Castle Hayne.

Jerry worked for Electric Boat in Saratoga Springs, NY from about 1985-1990. He worked in Health Physics and Radiation Protection group. This was at the Naval Nuclear Power training unit located in Ballston Spa, NY.

In 1991 he joined GE Nuclear Energy in King of Prussia, PA working for Field Services and for about 5 years did various work at Nine Mile, Fitzpatrick, Browns Ferry and was a Project Engineer on the decommissioning of Shoreham Nuclear Power Plant. He was on a team that transferred the fuel from Shoreham to Limerick Generating Station. This project was a huge success for GE and for both of the utilities involved, and was truly unique in our careers, and was something that was often talked about many years later.
While with Global Nuclear Fuels, Jerry led and helped steer the GNF2 program development to deliver the latest and most successful fuel bundle design currently in service.

Throughout Jerry’s career at General Electric he obtained a total of nine US patents and won countless awards for Exceptional Service & Innovation. He inspired others to be forward thinking, constructively challenged his peers & leaders, and always put the customer first. His remarkable career is a reflection of his hard work and dedication to the Nuclear Industry.
His most recent contributions included being a part of the team which supported a paper written about the GEH Simplified Stability Solution, or GS3, appearing in the January-February 2014 edition of the publication Nuclear Plant Journal.

He is survived by his wife of 23 years, Patricia Luciano; children, Anthony Luciano, Carrie Spine, and Christopher Spine; his mother Joyce Koonz and husband Andrew; brother, Edward Luciano, and two grandchildren, Mia and Stella. He was preceeded in death by his father, Gerald Anthony Luciano, Sr.