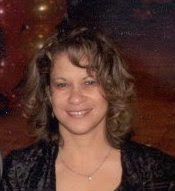 Gigi Olive Gambrell, age 61, passed away peacefully at her home with her son at her side on Monday, June 22, 2020.

Gigi was born in Pittsburgh, Pennsylvania on August 30th, 1958 to the late Jacques & Olive Gambrell. She is survived by her son, James Gambrell, sister Billie Slaughter, sister Cheryl Gambrell, and a host of nieces, nephews, and cousins. Throughout her life, Gigi lived in Boston, MA, Cincinnati, OH, Cleveland, OH, and Wilmington, NC.

After college, Gigi worked in various engineering disciplines for companies such as Alcoa, Westinghouse, and General Electric, and obtained multiple patents for her contributions.

Friends and relatives are invited to attend a virtual celebration of Gig’s life on Sunday, August 30, 2020. Details to be announced.

In lieu of flowers, contributions in her memory may be made to the various charities Gigi supported via this link, <a href="http://In Memoriam of Gigi Gambrell organized by James Gambrell."
Please share memories and condolences with the family by clicking on the “Post a Condolence” tab below.