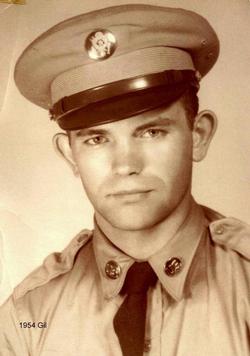 He leaves his wife of 58 years, Enid (Simmons) Bellows; his son, Jeffrey Bellows of Wilmington, NC; his daughter, Sue Bellows Smallets of Shamokin, PA; his brother, Jerry Bellows of Chambersburg, PA; his sister, Gail Bellows of Utica, NY; a sister and brother-in-law, Susan and Daniel Larusso who were a great help with him, of Wilmington; and his beloved grandchildren whom he adored, Thomas Smallets, Melissa Smallets and Tara Bellows.

Born in Hamilton, New York, he was raised in Solsville, New York until age nine at which time he lived on a farm. After Gil graduated from Utica High School, he joined the Army in August of 1954. Gil left for Formosa in September of 1955 until he finished out his term in August of 1957. Gil and Enid were married on May 12, 1957. Enid was the love of his life. Gil graduated from City College in New York City, New York.

Gil was passionate about sports as he was an avid golfer and he coached girls softball team. He was proud to have had the opportunity to coach his daughter. Gil was a big Phillies fan even after he moved to Wilmington and cheered them to victory from his new home. His dynamic, fun-loving personality will be missed by all who knew him. He will be greatly missed by his family and all who loved him.

With his beloved wife, Gil traveled all over the world. He volunteered with and served as president of many civic organizations like the Rotary Club, Lions Club, and the Sons of the American Revolution.

He also enjoyed gardening, playing Canasta, Pinochle and Bridge, and loved spending time with his beloved wife, children and grandchildren.

A private service will be held on Thursday, June 11th by family.