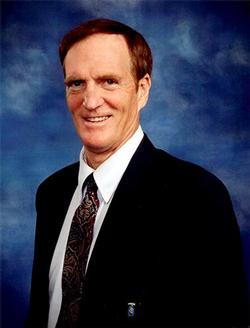 Glenn “Skip” Tate entered the arms of his Lord and Savior Jesus Christ January 11, 2015 at NHRMC in Wilmington, NC.

A celebration of Glenn’s life will be held at Myrtle Grove Evangelical Presbyterian Church at 2 PM on Saturday, January 24, 2015. Memorial Service will be conducted by Rev. Steve Mattis. Burial will follow at Oakdale Cemetery. In lieu of flowers, gifts may be made to Myrtle Grove Evangelical Presbyterian Church – Glenn Tate Memorial. A special thanks to NHRMC – CCU for Glenn’s care.

Glenn was born in Dallas, TX, May 1, 1956. He was the son of Joseph Tate and Peggy McCain and is survived by his mother, his brother William Tate, his wife Nonie, and a niece, Rachel.

Glenn was in the US Army and spent over 21 years education US Special Operations personnel (Rangers, Special Forces, DELTA, SEALS, and police SWAT teams). He was body guard to US Army Special Forces Generals. Glenn was a high level trainer as a DOD Contractor training personnel in the French Foreign Legion, and British Commandos. Glenn served in Germany, Haiti, Bosnia, Austria, Iran, and Iraq. Lately Glenn had business as a personal defense instructor.

Glenn was a charismatic praise and worship leader who wrote several of his songs. His passion for Jesus was the core of who he was.