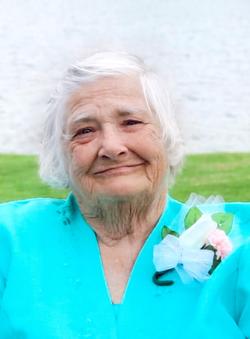 She was born on August 4, 1937 in Horry County, SC, the only daughter of nine children born to Earl Monroe Fowler and Dola Gertrude Fowler.

Together with her parents she is preceded in death by her beloved husband James Waitus Mintz and brothers JP Fowler, Larry Fowler, Toby Fowler, Marvin Fowler and Allen Fowler and a grandson Jason Lex Collins.

The family will receive friends at a visitation to be held on Tuesday, April 21, 2015 from 1:00PM till 2:00PM at Elah Missionary Baptist Church 1527 Old Fayetteville Road NE, Leland, NC 28451. The funeral service will follow at 2:00 PM officiated by Rev. Kenneth Long. Burial will be in the King Memorial Cemetery.