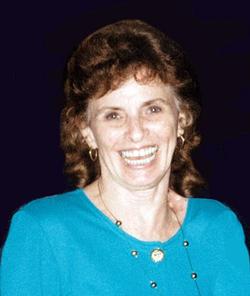 It is with heartfelt sadness that we announce the passing of Gloria Vault Musselwhite on January 27th.To say that we are shocked would be the understatement of the century because Gloria was supposed to outlive us all.

A fireball of energy, a spry young 80, she was born in Wilmington on November 22, 1934. It wasn’t uncommon to see her on her John Deere mowing the grass, or standing on a ladder hanging Christmas lights with a staple gun. That’s just the kind of gal she was. She enjoyed yard sales and it was often that you saw her in her green Saturn wagon driving like a NASCAR driver to find her next treasure, hopefully knowing that she was our treasure! Many a middle sounder was in awe at her level of energy, and she could outwork any 40 year old in the yard. There was no stopping that little lady, and she didn’t have a lot to say, but what she did say, you could take to the bank, because it was the truth.

Gloria was preceded in death by her parents, Joseph and Hilda Vaught and her husband, James Musselwhite.

The family will receive friends on Friday, January 30th at Wilmington Funeral Chapel at 2:00, followed by a graveside service at Oakdale Cemetery at 3:30. Family and friends are invited to gather at 206 Hatteras Ct. in Hampstead following the graveside service.

In lieu of flowers, we ask that you go to a yard sale and find a bargain that would make her proud, because that’s the kind of gal she was, or you may choose to give a donation to your favorite charity.