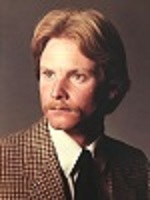 Gregory Heywood Hinson passed away peacefully, surrounded by family and friends on Thursday, June
27. 2019 at the Lower Cape Fear Hospice and Life Care Center in Wilmington, NC; he was 63 years old.

He is preceded in death by his father, Samuel Heywood Hinson, Sr of Wilmington.

Greg graduated from New Hanover High School in 1974. Afterwards, he attended Wingate College and
East Carolina University, both in NC. He worked for many years in Wilmington as an accomplished
carpenter. He was an outdoorsman, who enjoyed his hobbies of fishing and hunting.

A celebration of life for Greg will be held at Wilmington Funeral and Cremation on July 2, at 2:00 pm with visitation following.

In lieu of flowers, the family requests that any memorial gifts be sent to the local Lower Cape Fear
Hospice Center.