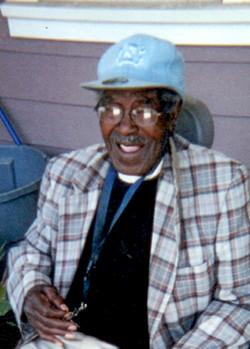 Hallie Willie Simpson was born on September 12, 1924, in Rocky Point, North Carolina. He was the youngest of seven children born to the late George and Lillie Mae Simpson.

He received his education in the New Hanover County Schools. For over 33 years, he was employed by Cox Farms. He later worked for Atlantic Railroad and Timme Corporation.

Being a lover of people, he brought joy to those around him. He enjoyed making people laugh and would always try to put a smile on everyone’s face. He was a giver and was known to give his last. Whenever he had, you had. He was known for his saying, /”If I had it, you can get it because I love to see you with it. Since I ain’t got it, you have to do without it.”

Hallie never sat around idle. He occupied his time with things that brought pleasure in life. He was an avid sports fan. For many years, he coached a baseball league in Wilmington. He was a hard worker and encouraged others to do the same. He enjoyed cooking and watching people eat. He will be greatly missed.