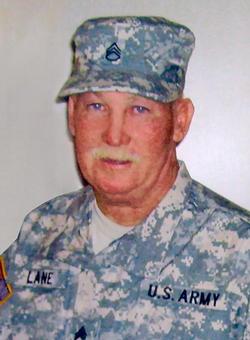 Harold was the son of Henry Lane and Vonnie Cribb Lane. He was born in Wilmington on December 21, 1950.

Harold was a proud veteran of the Army National Guard serving until his retirement in 2006. He was a specialized mechanic with the Army National Guard being stationed in Wilmington for most of his career. He received many medals of accomadation including Global War on Terrorism Expeditionary Service Medal. Harold was a member of Whitey’s Restaurant Round-Table and enjoyed working in his yard and keeping up with all of the NASCAR news and races.

Celebration of Life ceremony will be held 2 PM Friday, November 7, 2014 at Wilmington Funeral Chapel. The family will see friends an hour prior to the services. Burial will be in Oleander Memorial Gardens with Full Military Honors provided by the Army National Guard Funeral Honor Guard.