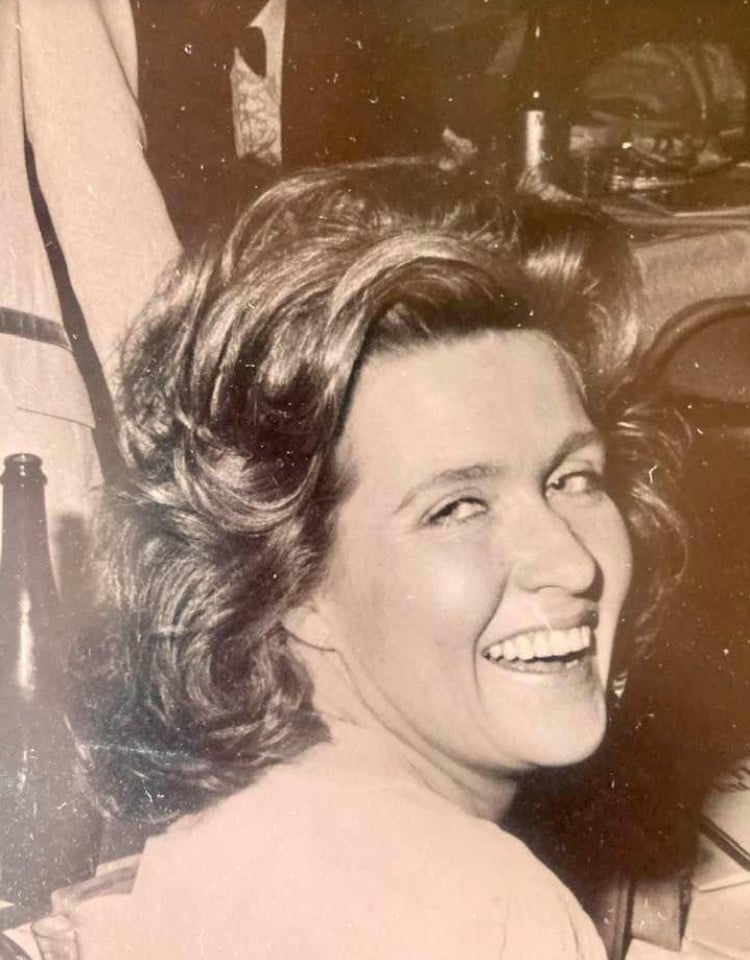 Hattie “Joyce” Wilkerson was born on July 8, 1939, in Giles County, Tennessee near Pulaski. Joyce passed away after several years of declining health that resulted in a stroke on March 14, 2022, at Novant Health-New Hanover Regional Medical Center in Wilmington, N.C. She was 82.

Her parents were Malcolm Wilkerson and Edith Lafayette Daly. She has three sisters, Norma “Jean” Barlar of Atlanta, Patricia Morring of Huntsville, Alabama, and Debora Wilkerson of Houston, Texas. Her parents and her brothers, Don and Gary Wilkerson are deceased. Joyce so loved her siblings and vacationed with them and spent many holidays with them over the years.
Joyce was raised in Tennessee and went to public schools in Prospect and Elkton. Joyce and her siblings worked on the family farm. Joyce loved nature and was athletic. Her mother, Edith described her as being a princess because Joyce was reluctant to complete basic household chores expected of a girl in those days.

Joyce had two aunts, Doris, and Frances, who were fashion models in Nashville. They took Joyce under their wing, and she became interested in fashion and modeling.
In an effort to get out of the cotton fields, Joyce went to live with her sister Jean and her brother-in-law, Larry Barlar who was serving in the U.S. Marines at Camp Lejeune, N.C. It is there where she met Martin “Marty” Popkin while working in a restaurant in downtown Jacksonville. He at that time worked at Furniture Fair of Jacksonville, N.C.
They soon married and moved to Levittown, P.A., where Marty had a dinette manufacturing plant in nearby Camden N.J. Joyce became a homemaker.

Her first two children, Cindy, and Barry (deceased) were born in P.A. The kids and life took them back to the coast of N.C. because Marty wanted to be near his brothers.

Joyce’s younger sons, Gregory and Todd were born in Jacksonville and Wilmington, N.C., respectively. Joyce continued being a mother and modeled when she could get gigs with Leder Brothers, The Parisian, and J. Nicholson.

After Todd’s birth, Joyce became an avid tennis player along with numerous friends and her sister-in-law, Diane F. Popkin, where they travelled eastern N.C. and played in a tennis league. They were known to have fought for the rights of the first tennis players of color to those courts in the 1970s and early 1980s.

Joyce was social and loved fine dining, dressing up and going to parties. Joyce and Marty spent most of their free time with family.

Joyce was a member of The Jacksonville Literary Guild. Joyce also played Mahjong with her sisters-in-law and friends. She loved all forms of art, flowers, plants, birds, and animals. She enjoyed sitting on her patio to watch birds and listen to their song. She loved music and played records and the radio. Her children will always remember with delight when she brought home a phonograph with the first “Beatles” album.

Joyce’s summers were spent at the coast of North and South Carolina. She spent them with her sisters-in-law, sisters, and her children as well as all the nieces and nephews on both sides of the family.

Joyce was a loyal friend to many. She enjoyed listening to her friends’ stories and being a confidant. She was always ready and willing to help a friend in need.

Two of the greatest loves in her life were her son, Barry, whom she shared a special bond due to their mutual love of beauty, art, and music. Joyce was dedicated to her son, Todd who was born with medical challenges. Joyce and Marty made sure that Todd got an education in public school at a time when children with differences were not welcome. Todd lives in the family home.
Joyce and Marty divorced in 1991 and Joyce met her soulmate, Stephen “Steve” Danford. They have lived in the family home since 1996.

Joyce is survived by Steve Danford, Todd Popkin, Gregory Popkin and his wife, Victoria, their children Chase, and Skylar, of Jacksonville and Hubert, N.C., and Cindy Popkin-Bradley and her daughter, Margaret of Raleigh, N.C. She is also survived by her sisters, nieces and nephews and friends.

Finally, the family would like to acknowledge William “Bill” Palmer Lamback who is a life-long friend of the family. Bill has worked with and cared for Joyce and Todd for more than 18 years. We are eternally grateful.