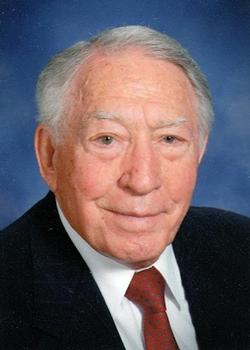 Herbert Chandler Jennings, age 93, of Wilmington passed away Thursday, May 14, 2015 at his home.

He was born in Barberton, Ohio on March 15, 1922 the son of the late Russell Herbert Jennings and Sarah Josephine Chandler Jennings.

He proudly served his country as a U.S. Marine Corps aviator and pilot instructor during WWII. He retired from the USMC Reserves as a Lieutenant Colonel in 1982. Herbert was a highly motivated and independent person who worked as an executive in the food service industry. He had a successful career with Stouffer’s Foods and Litton Industries, and he retired in 1990 as Vice President, Director of Food Services for Consolidated Coin Caterers Corporation in Charlotte, NC. He enjoyed numerous activities like skiing, golf and square dancing but also was known to delve into creative pursuits such as woodcarving, painting, and making stained glass.

A private graveside service with Military Honors will be held at Arlington National Cemetery at a later date.

In lieu of flowers, memorials may be made to Lower Cape Fear Hospice, www.hospiceandlifecarecenter.org