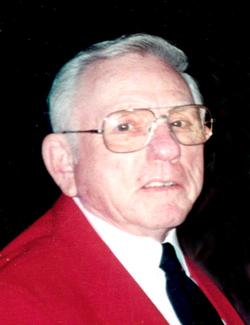 Herbert McClammy (Mac) Biddle, Jr., age 88, was accompanied by the heavenly angels into God’s eternal light and love on Thursday, August 14, 2014 at the Lower Cape Fear Hospice & LifeCareCenter, Wilmington, NC. Mac was born March 9, 1926 in Wilmington, NC. He was preceded in death by his parents, Herbert McClammy Biddle, Sr. (Red Biddle) and Hazel Brittain Biddle, and a sister, Ann Biddle Watters. He is survived by his wife of 63 years: Kathryn J. Biddle; four children: Teresa L. Biddle; Jeffrey S. Biddle; Jane K. Biddle and Alan C. Biddle; three grandchildren and 2 great grandchildren. Additionally to be mentioned are several other individuals whom he showered with much love and affection and considered extended members of his family: Richard (Sparky) Pye; Ted Floyd and Karen Britt.

Mac was born and raised in the “dry pond” area of Wilmington. He attended Tileston and Winter Park Elementary Schools. In 1937 at the age of 11, his family moved to Carolina Beach, NC where he attended school in a “one-room” school house on the boardwalk. He was a Carolina Beach lifeguard and worked at Britt’s Donuts during several summer seasons. He attended and graduated from New Hanover High School. In December of 1943, he along with several other Wilmington classmates, rode the bus to Raleigh, NC to enlist in the military. Mac chose the Army Air Force in which to serve. Upon returning from Raleigh, he completed his high school courses in an accelerated manner, and then took his final exams early so that he was able to leave for active military service immediately following his 18th birthday in March of 1944. His mother proudly received his New Hanover High School diploma in his absence that spring. While in the military Mac served in the 9th Air Force. He was a B-17 “ball-turret” gunner, and saw action in Western Europe, mainly Belgium and Holland. Upon his return home from military service, he enrolled at The Citadel Military College of South Carolina, Charleston, SC where he served as President of Veteran Students. He graduated from The Citadel in 1951. While a citadel student, he met and married a local Charleston girl, Kathryn, whom he adored and was “always in love with” through the rest of his life.

While growing up in Wilmington, Mac was a member of First Presbyterian Church. He was active in the Boy Scouts, attaining Eagle Scout with 3 Palms. For the majority of his adult life (50 years), he was a member of Winter Park Presbyterian Church, where he served as a Deacon and Sunday School Teacher. Mac was a proud and loyal member of the Masonic Order for 53 years, originally joining Mount Olive Lodge #208 in 1960. He was a 32nd degree Mason, and was active in both the York Rite and Scottish Rite Bodies. He was an affiliate with Plantagenet Commandery, and was Past Master of Federal Point Lodge #753, Carolina Beach, NC. Additionally, he was a member of the Sudan Shrine Club, American Legion and the VFW. Mac was a Master Plumber and owned/operated H.M. Biddle Company for many years until his retirement at age 79.

Mac grew up with a love for fishing and hunting, particularly bird hunting, and he always had a fine bird dog by his side. He deeply loved his family, and was a wonderful husband, father and grandfather. As he said one time to one of his children: “there are times when we all need a soft place to land.” He most certainly provided that “soft place” to his family and friends. He loved his country and exemplified all the strength and character of the “greatest generation.” As someone remarked at the time of his passing “he was truly a good man and he was my hero.”

ln lieu of flowers, the family requests that memorials be made to Lower Cape Fear Hospice, or the charity of one’s preference. The family would like to thank all the wonderful “angels” at Lower Cape Fear Hospice for their loving care and many kindnesses shown to Mac and his family during his time there…they truly exemplify Jesus’ commandment to “love and serve one another.”