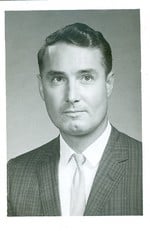 He was born in Greenville, NC on November 10, 1933. His family moved to Wilmington in 1941 where Hillman grew up. After serving his country in the Navy, Hillman returned to Wilmington where he proudly lived in the historic downtown district.

He was preceded in death by his father, Jesse Brewer, his mother, Ellen Corbett Brewer and his brother, Jack Brewer. He is survived by his sister-in-law, Faye Brewer and three nieces, Elizabeth, Kimi and Tracey.

Hillman was a good friend to many, many people and a special friend to John Potter.