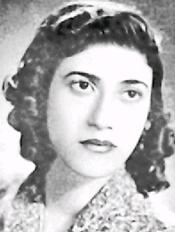 She was a devout Muslim and her faith in Islam gave her both strength and guidance throughout her life. She was born in Damascus, Syria on Feburary 8, 1937, the daughter of Mohammed and Widad Masri. Our dear mother, who was ahead of her time, trained as a nurse midwife in Cairo, Egypt, in the early 1960s, with her younger sister, Ibtisam. She then married the late Nabil S. Al-Misky, M.D. on December 31, 1964. They immigrated to the United States in 1972, with five young daughters, and eventually settled in Erie. Hiyam was a devoted wife and mother. She enjoyed cooking traditional Middle Eastern dishes, gardening, sewing, and doing artwork. She enjoyed traveling extensively, including as far away as Japan, Hawaii, Turkey, Saudi Arabia, and always her homeland of Syria. She especially enjoyed being in nature and specifically visiting botanical gardens, Niagara Falls, and watching sunsets at Presque Isle.

Towards the end of her life, she visited with her daughters, who live throughout the USA.

She was preceded in death by her parents, husband, Nabil Al-Misky M.D., and sister, Aida Halabi. Hiyam is survived by her five loving daughters: Roufaida Al-Misky, M.D. and husband Louay Chamra of Michigan, Reem Al-Misky and husband Lewis McClain II of Erie, Ousaima Al-Misky, M.D. and husband Scott Griffith of New York City, Eman Al-Misky-Ascani and husband Francois Ascani, of Honolulu, Hawaii, and Amal Al-Misky Pasquantonio and husband Steve Pasquantonio of Topsail Island, N.C. Her legacy includes 11 grandchildren, whom she adored: Maya, Nabil, and Hadi Chamra; Zoey and Lewis McClain; Kenan, Leta, and Leila Griffith; Hiyam Ascani; Syriana and Sofia Pasquantonio. Also, she is survived by her brother Mohammed Masri and wife Badriah and their children Darin and Feras of Erie, Pa. In addition, she is survived by her brother, Wasif, and her sisters, Rowada, Ibtisam, and Haifa of Damascus, Syria and numerous relatives.

Hiyam was laid to rest near her late husband within 24 hours of her death, in accordance to the Islamic Faith, on April 6, 2013 at West Park Cemetary, Cleveland, Ohio. A noon prayer, Dhur, was performed at the Grand Mosque in Cleveland, Ohio.

She will be missed tremendously by her family.

Or share memories and condolences with the family by clicking on the “Sign Guest Book” tab above.