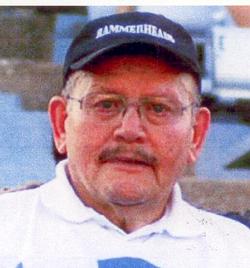 He was born in Berlin, Germany, on November 10, 1926, the son of the late Karl and Ida (Wesebaum) Benecke and was preceded in death by his wife Elsbeth Auguste Freyer.

Horst had served in the German Army on the Russian Front during WWII, where he was wounded in service and spent the rest of his military time in an American POW camp. After the war, he returned to his home in East Germany. He later escaped to the West Germany where he was employed with Demag Germany Corporation for over 20 years. He moved to the United States where he worked until 1972 for Demag USA. Horst started his own business where he started his own turbine consulting business in 1974, retiring in 1991. Horst enjoyed life and loved going to the Wilmington Hammerhead soccer games, playing chess, and was a member of the WWII Club in Wilmington, NC.

Surviving are: a life partner, Maryellen A Wheeler of Leland, NC, a son, Rainer Freyer and wife Caroline of Wilmington, NC, three children of his life partner, Martin Fabian and wife Christine of Ewing, NJ and Kevin Fabian of Los Angeles, CA, Deirdre Fabian of San Diego, CA, a granddaughter, Sarah Fabian also of Lawrenceville, NJ, and “The Girls” Roxie and Coco.

A memorial service will be held 3 pm Saturday, April 2, 2011, at Village Road Funeral and Cremation Service, 525 Village Road, Leland, NC, and the family will receive friends one hour prior to the service.