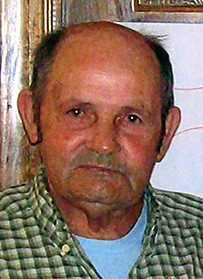 Howard “Junior” Zurcher also known to some as Pop, age 76, of Wilmington passed away Saturday, January 23, 2016 at his home surrounded by his family.

He was born April 3, 1939 in Tabor City, North Carolina the son of the late Desi Zurcher and stepfather W.D. Fowler. He is preceded in death by his daughter, Maryann Zurcher.

Howard proudly served his country in the United States Coast Guard. As a man of deep faith, he served as a Deacon and was a dedicated member of Castle Hayne Advent Christian Church. After his time in the Coast Guard he became employed with Sea Merchants Grocery in Carolina Beach where he was a butcher by trade.
Howard enjoyed spending time with his close friends and family and could be found on most occasions somewhere fishing for spots or making crafts such as coke can airplanes, coffee can flowers and Popsicle crafts. His family will cherish most the memory of a man who was a dedicated husband, father and grandfather that put his family first always.