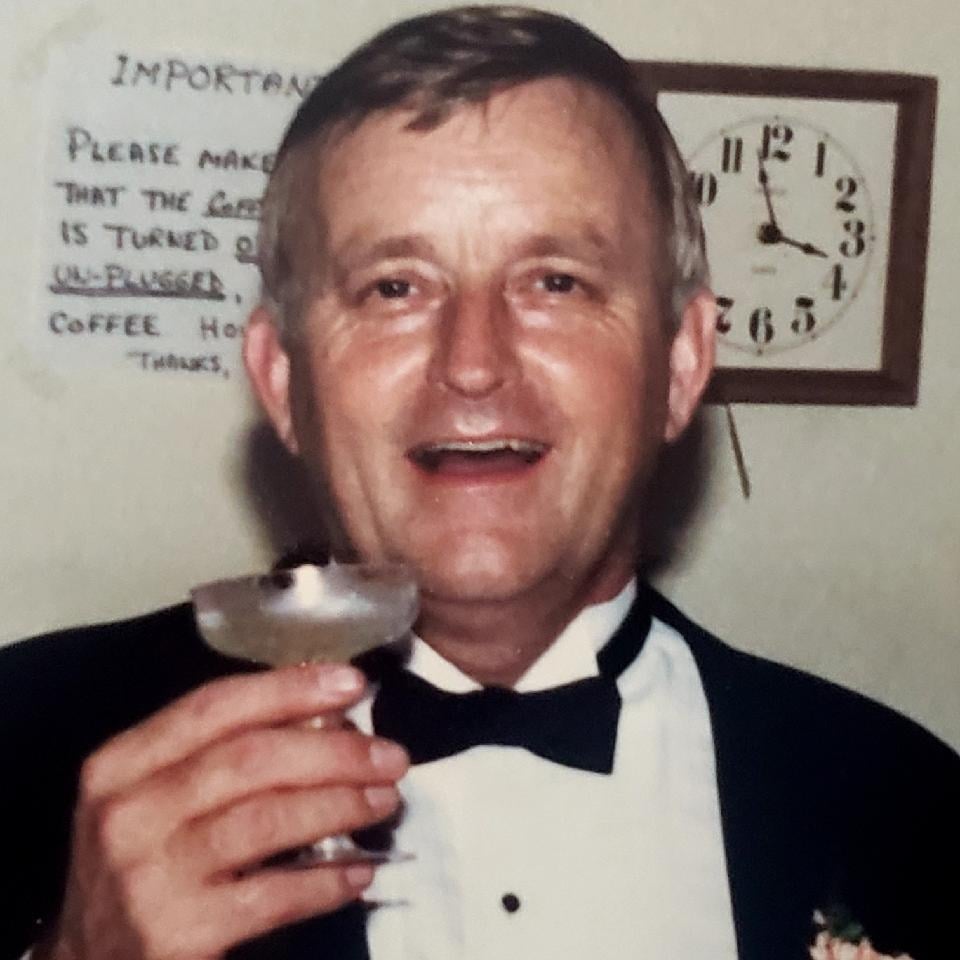 Hubertus ‘Bep’ Wilhelmus Johannes Diemel passed away on March 21, 2022 surrounded by love and family. He was preceded in death by his parents, brothers Hans and Rob, granddaughter Priscilla, and his beloved wife of 40 years, Joan.

He was born on April 17,1938 in Utrecht, Netherlands, and in early adulthood, served in the Dutch Military. Around this time, he met the mother of his children, Elsa, when she immigrated to the Netherlands from Indonesia. Together with their infant daughter, Trish, they traveled by boat to the US as part of the Dutch-Indonesian “Indo” migration. Before Bep left the Netherlands, he promised his mother he would see her every year, and he never broke that promise.

A first generation American citizen, he worked hard to make sure his family had a good life. During his time in California, he completed a BS in Nuclear Engineering while working at General Electric (GE). This career moved the family across the US to Wilmington, North Carolina in 1968. He loved European football (soccer) and helped get the local soccer community started in Wilmington. He fully embraced American life with community involvement including sailing, bridge, choir, tennis, refereeing and church organizations while raising his four children. He always encouraged his children to do more in life with education and community. He exemplified this with community volunteering such as conducting literacy lessons while attending school at night. He graduated from NC State with a Masters degree in Industrial Engineering. Bep was such a NC State fan that when his kids applied to college, he would pay the application fee for NC State but to no other school. Go Wolfpack! Additionally, he embraced all family members with his beliefs and convictions. When one child expressed the desire to live abroad, he exclaimed “Why? I have lived abroad and there is no better place in the world than the US”.

As the years passed, he and Elsa divorced. He met and married his late wife, Joan in 1980. They spent many years hosting their extended family with love, food, wine and cheese. They loved to travel together and wanted to see all 50 US states. They kept track of their travels via their shot glass collection and many, many photos. After his GE career, he retired to enjoy his grandchildren, garden, bridge, and volunteering.

He passed peacefully in his sleep after talking to family in the US and the Netherlands.

He is survived by many who will miss him dearly such as his sister Cor in Holland and his children: Trish Murray and husband Jerry, Robert Diemel, Franz Diemel and wife Sara, and Marlise Conrad and husband Christopher, and stepchildren, Jay Otis and Sherry Marley. In addition to numerous nieces and nephews in Holland, he had many grandchildren and great grandchildren he embraced as well: Brandon Murray, Heather Batchelor and daughter Caitlyn, JJ Otis and children, Ben & Kaylee, Kristina McLamb and fiancé Joe, Derek Diemel and sisters Anna, Sarah, Jenna, and Sofie Diemel and brother, Conrad.

As it was his wish to not have a public service, in lieu of flowers, if you would like to make a donation to a deserving charity, please do so to Friends of the Arboretum of New Hanover County where he volunteered as a Master Gardener for many years. This can be done on their website (https://thefriends.wildapricot.org/Donate; in the source field click on “Bep Diemel Donation.”) If you prefer to make a donation via a check, please make the check out to “Friends of the New Hanover County Arboretum” and mail to the following address: Arboretum, 6206 Oleander Drive, Wilmington, NC 28403. Indicate in the memo portion of your check that your donation is for Bep Diemel.

You will always be in our hearts Opie!