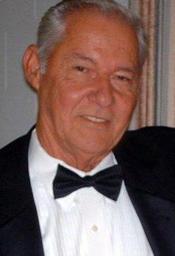 Jackie L. Jones, age 70 of Wilmington entered the gates of Heaven, Friday, November 1, 2013 with his family by his side.

He was born in Wilmington on January 26, 1943. His parents were the late James Daniel Jones and Blanche Ward Jones. He was preceded in death by 2 sisters, 1 brother, and 2 half brothers.

Jackie proudly served his country in the US Coast Guard enlisting in 1961, he was recognized for Meritorious Service and was Honorably Discharged in 1965.

A Celebration of Life ceremony will be held 5 pm Saturday, November 9, 2013 at Long Leaf Baptist Church officiated by Rev. Eugene Ridley. A Masonic memorial service will follow at Orient Lodge #395 A.F&A.M. followed by a visitation and reception in the lodge dining hall.

In lieu of flowers, contributions in his name can be made to Lower Cape Fear Hospice, or to the Ronald McDonald House.