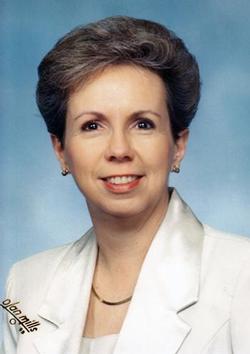 Jacqueline “Jackie” Irene Johnson Kendall, Age 66, a native of Wilmington, died Monday, January 5, 2015 at NHRMC from complications of Amyloidosis. Jackie was born in the James Walker Memorial Hospital on June 9, 1948.

She was the daughter of the late James Thomas Johnson, Sr. and Beatrice Irene Smith Johnson.

Jackie attended the Bradley Creek Elementary School, and Roland Grise Junior High School; And graduated from New Hanover High School Class of 1966. Jackie was secretary to Principal John J. Scott; And school secretary from 1966 to 1974. She was the office manager at Craft Hardware for 23 years. Jackie Married Thomas F. Kendall, Jr. on April 22, 1989.

Jackie was a kind, sweet, loving person who lived the Golden Rule.
She was a talented mediator and problem solver. She was an outgoing, people person, with a pure heart, positive attitude, and an infectious smile; It was a pleasure to be in her company. She was an extraordinary wife, mother and friend; Truly, Jackie was indeed “One-In-A-Million.”