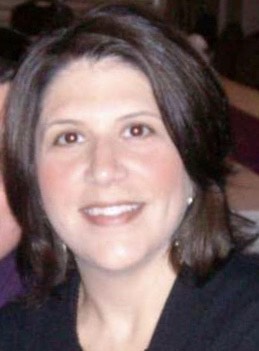 Jacqueline Marie Harris Lewis was born in San Francisco, California on November 5, 1972 and passed June 30, 2020. She was preceded in death by her mother, Margarita Vasquez Harris of San Antonio, Texas, and her father Harold Duane Harris of Dayton, Ohio.

A celebration of life will be held Sunday, July 5, 2020 at the Wilmington Funeral Chapel, 1535 South 41 st Street, Wilmington, NC 28403. Viewing is 1pm-2pm and the service is 2pm- 3pm. In honor of Jackie we ask that you wear comfortable beachy/summer clothes.

Jackie lived an exciting life as an “air force brat”, living throughout California, England and finally, Fort Fisher, North Carolina in 1981. Jackie loved living on the base at Fort Fisher and made lasting friendships in the process. An avid bowler, Jackie also enjoyed lip-synching, watching movies and spending time with her best friends. Jackie was an 80’s child, often proving her love for the decade with her amazing hair, incredible style and uncanny 80’s music and movie trivia.

Jackie had many nicknames throughout her life. Named Jacqueline, Jackie went by her middle name Marie until she learned how to spell Jacqueline and her mother also called her Penny. As she grew older, she preferred her given name Jackie. But by the late 80’s Jackie changed her name to Jackee’, after her favorite character on the TV show, 227. Sometime in the 90’s, Jackie reverted back to her name Jackie, when she lovingly adopted her final nickname, Jack.

Jackie loved living on the beach and made many of her lifelong friends there. A graduate of Hoggard High School, Jackie was a friend to all, stranger to none. There is nothing that Jackie wouldn’t do for her friends specifically Doreen Snyder Harris and Kara Lee Lasater, “sisters from another mother”. Jackie spent her teen years causing trouble on the boardwalk at Carolina Beach with her many close friends. Where there was one, there were all.

As devoted as Jackie was to her friends, she was even more dedicated to her family. A loving daughter to Harry and Marge, Jackie always put her family first. Jackie and her sister, Kat, were best friends, and made each other laugh through life’s challenges. Jackie accomplished so much during her short time on earth, with her most important achievement being her three daughters, Morgan, Shelby and Sophie. There was nothing Jackie wouldn’t do for her girls, and for her step children Ryan and Brianna. Jackie was a special mother and mother figure throughout their lives and it was her favorite job.

Jackie deserved to be loved unconditionally and her husband of 15 years more than delivered. Chris fell head over heels in love with Jackie and put a ring on it pretty quickly- Chris knew even then that Jackie was one of a kind. And Jackie felt like she had finally found her partner. Jackie and Chris blended their families in 2005 and raised their children without judgement, with a strong sense of values and unconditional love. Being a mother was a role that Jackie was born to play.

Jackie was described by many as the smartest person they ever met. With a photographic memory and natural intelligence, Jackie chose to pursue positions in Human Resources. Jackie spent the majority of her career working in HR at Lower Cape Fear Hospice, where she held several positions, moving her way up through her hard work and dedication. Her most recent position was with GAF where she quickly made a lasting impression with co-workers that she would come to call her friends. Jackie touched so many lives, even during a normal mundane work week.

One cannot capture the essence of Jackie without talking about her love for animals. Jackie loved the many dogs she raised throughout her life, but her true love of animals developed throughout her childhood and with her position at the Aquarium at Fort Fisher. Jackie was way ahead of her time and inclusive of everyone, especially the LGBTQ+ community. She was not afraid to speak up against injustices. The world and our lives are brighter because of her unconditional acceptance of others, her compassion, generosity, and selflessness.