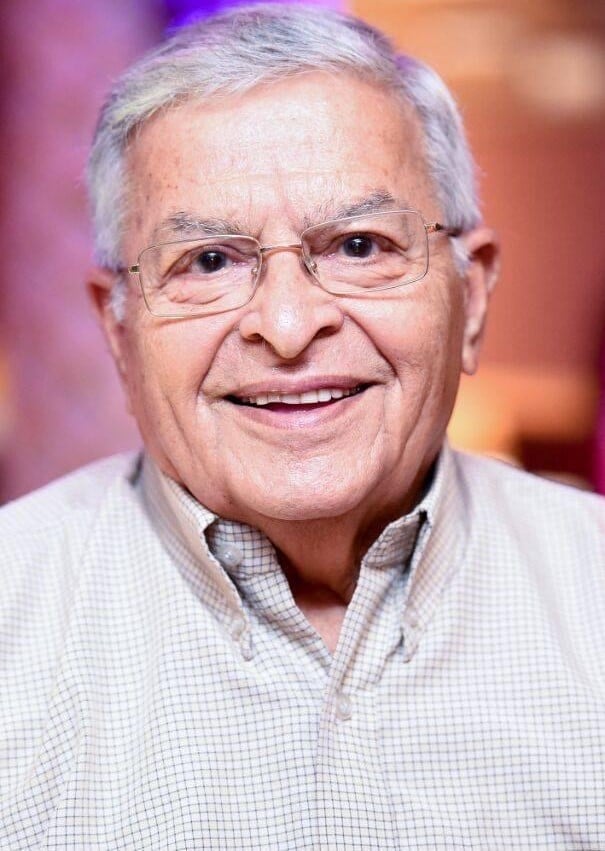 Jim was born in India on September 10, 1932, to the late Madhavji Devram Vithalani and Kasturba Madhavji Vithalani.

After graduating from NDH High School in Dwarka, India, Jim went on to study engineering at the University of Michigan graduating with a Master of Science of Civil Engineering. He spent 32 years with the Corps of Engineers retiring in 1989 as Chief of Engineering. In 1991, Jim founded Right Angle Engineering in downtown Wilmington, NC where he spent his breaks sweeping the sidewalk and smoking his pipe until his second retirement in 2019. In addition to his full-time work as an engineer, Jim enjoyed his unpaid-part-time-coffee-making job at Wrightsville Beach’s Causeway Cafe. He never knew a stranger.

The family suggest memorials be directed to the Lower Cape Fear Hospice 1406 Physician Drive Wilmington, NC 28401 in memory of Jaman.

Please leave memories and condolences for Jim’s family by clicking the “Post a Condolence” tab below.