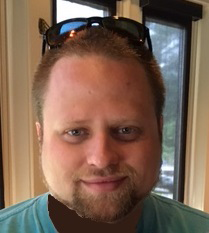 James Andrew Cranford departed this life on June 13th of 2017. Jamey was born in Chester, South Carolina and grew up in Wilmington, North Carolina. He was a graduate of Emsley A. Laney High School and attended the University of North Carolina School of the Arts. Jamey was an accomplished musician who recorded and performed on the violin, guitar and many other instruments. His favorite performances were with his brother Rick and his many talented friends. Jamey was born with salt water in his veins and was happiest with sand between his toes and the salty breeze of the ocean in his curly blonde hair after a long day of surfing. His son Wright is named after Jamey’s second love, Wrightsville Beach.

Jamey was the father of Wright Oliver Cranford and Harper Drew Cranford. He was predeceased by his grandfather, James Weatherford, his grandparents Blondie and Eunice Cranford, his nephew Nathan McMillan, and a special great-aunt, Bobbie Langston. He is survived by his parents, Richard (Dickie) and Kay Cranford, and his grandparents, Grady and Kathy Liles; his sister, Allison Cranford McMillan and her husband, Rev. Chris McMillan, and his niece, Carissa McMillan; his brother, Rick Cranford, and his wife Alberta Cranford, and his niece Jaslyn Mott and nephews, Jaleel Mott, Julian Cranford, Justin Cranford and Michael Doval; his friends Madison, Robert, Grace, Daniel, Cole, Chris W., Lawrence and Sherry, Julian, Denise and too many more to name individually.