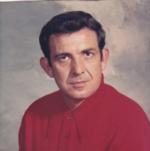 James was born on October 13, 1930 in Alcoa, TN to the late James Ray and Hazel Hatcher Headrick.

James proudly served in the United States Marine Corps and was honorably discharged as a Sergeant after two tours of duty.

James moved to Wilmington, NC and worked at JW Jackson Beverage Company for twenty years until he retired after reaching title of Vice President of Marketing and Sales. He coached his son and local youth for many years in Babe Ruth Baseball and successfully brought the 1987 Winter Park North team to the Babe Ruth World Series.

James was preceded in death by his parents, his beloved wife Cheryl and daughter Linda. He is survived by his son, Jay and his wife Jennifer and their children Jamison, Coleman and Zachary as well as other several cousins, nieces, nephews, grandchildren and other family members. James was a son, brother, soldier, husband, father, grandfather, friend and a good man.

The family requests no flowers, and that donations be made to Susan G. Komen for the Cure.