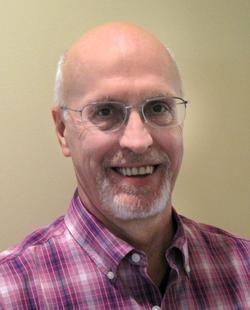 James Douglas Landers was taken from this life suddenly on March 30, 2015.

He was loved dearly by his wife of 36 years, Barbara. As he was so often fond of saying, Barbara, his bride, of low these many years.

Jim leaves a son, Garth and Lori Landers of Stamford, CT and two special grandsons, Zane and Odin. Zane and Odin were loved so much by ‘Grandpa Balloons’ and he had many happy, special memories of both of them.

Jim also leaves a sister, Jeannette and Ed Pearson of Stowe, VT and a brother, Jon Jeffrey and Sue Landers of Whitesboro, NY.

Jim’s first job was at a Sears store and on his lunch hour, he would go to the bookstore in the mall. He spent so much time there that customers thought he worked there and would often ask him for help in finding books and making their selections. Soon after, he got a job working at Walden Book Stores that eventually led him to corporate headquarters where he was a book buyer and then District Manager. Jim had responsibility for opening the flagship Wall St. bookstore with celebrities coming for events and book signings.

In 1981 Jim decided to purchase his first computer and from that point forward, spent the rest of his career working with computers. To gain more experience, he went to a computer store in Scarsdale, NY and started working there for free. He often told the story of his Uncle Jack returned from the war and looking for work, went to JK Lumber in Utica but they didn’t have a job for him. Uncle Jack just started showing up every day, all day and worked hard. They eventually hired him and he worked there for 40 years. Jim decided to follow his lead. He had a successful career in high tech for the next 30 years, creating a business and employing others.

Jim & Barbara always wanted to move to a warmer climate and in July 2010, moved to Wilmington. He absolutely fell in love with the city, the beaches and the people. He used to say he couldn’t swim, but he loved the beach and called himself a ‘beach rat’.

Jim retired in January 2014 and soon became a volunteer at the American Legion. He enjoyed teaching them about computers, helping them enhance their website and making new friends with his ready smile. Jim also was on the board of his homeowners association.

Jim was devoted first to his family; books and music came in a close second. I will miss his smile and wisdom every day.

A service to celebrate Jim’s life will be held 3:00PM Thursday, April 2, 2015 at the Wilmington Chapel.