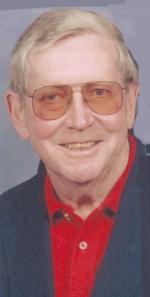 As a child in Alabama, Fred was active in sports and the Boy Scouts where he held the rank of Eagle Scout. He served in the US Army for three years in the 1950’s. After the service, he attended the University of Alabama, then entered a career as an Institutional Bond Salesman in the financial world of Wall Street in New York City.

He was a faithful member of St. Mark Catholic Church.

Fred loved gardening and was a Master Gardener and volunteer at the New Hanover County Arboretum. He belonged to the Topsail Moose Lodge, the Wilmington Elks and the Honorable Order of Kentucky Colonels.
Religious services were held privately.

In lieu of flowers, memorials may be made to St. Mark Catholic Church, 1011 Eastwood Road, Wilmington, NC 28403.