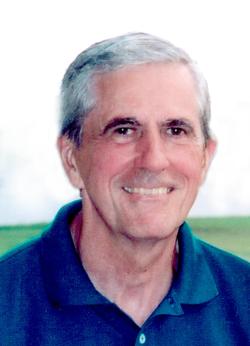 James G. Woodruff, 82, formerly of Bethesda, Md. died February 19, 2014 in Wilmington, N.C. He had Alzheimer’s disease. Jim was born and raised in Indianapolis, Ind. He graduated from Purdue University in 1953 with a degree in Chemical Engineering. After serving for four years in the Marine Corps he worked for Dow Corning and earned his MBA from the University of Michigan. He did further study in statistics and applied mathematics at the University of Chicago. Jim worked at Arthur Anderson & Co. in Chicago, then at the Chicago and Northwestern Railroad as Vice President of Corporate Development. In 1969 he was appointed the Special Assistant to the Secretary of the Navy, where he managed The Office of Information Systems Planning and Development and the Computers Selection Office for the Navy and Marine Corps. In 1973 he returned to private business, as a partner with Coopers & Lybrand Accounting Firm (now PricewaterhouseCoopers) and later as a general management consultant in communications, railroads, banking and energy. He retired in 2005 and moved to Wilmington, N.C. in 2010. He was a student of WWII and Civil War History. He had a life long love of reading, golf, and basketball.