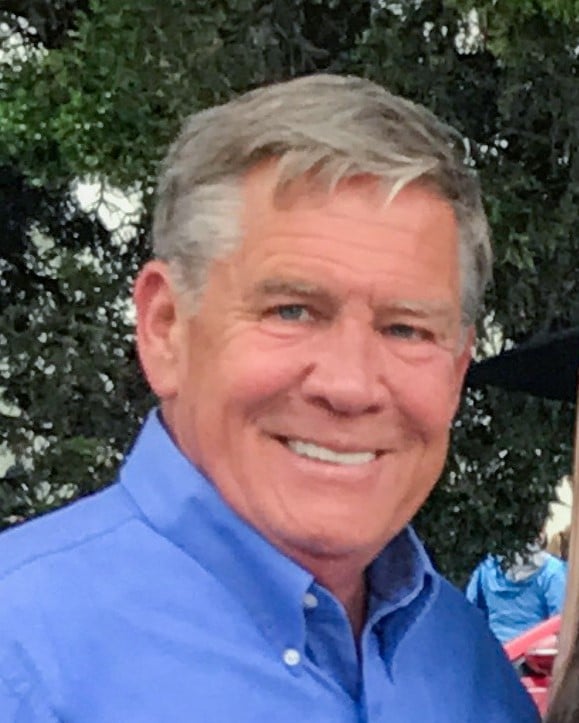 Jim Guididas opened his heart to everyone he met.

He always was there: for the family member who was struggling, for the employee who was seeking mentorship, or for the friend who needed advice. Jim was passionate about helping others.

James “Jim” Guididas passed away on February 20 at his home in Leland, North Carolina, with his wife, Diane, and his daughter, Lauren. He was 71 years old.

Jim was born in Elizabeth, New Jersey to his parents Ed and Helen Guididas. He was raised in Westfield, New Jersey where he attended Holy Trinity school.

As a teenager, Jim earned the rank of Eagle Scout. It was in the Boy Scouts where Jim learned how to plan and be prepared, qualities he kept throughout his life.

Jim attended St. Bonaventure University in New York, where he earned a bachelor’s degree in Finance. He later earned his MBA at Pace University.

For years, Jim suffered from addiction, and ultimately used his recovery experience to help others who were struggling with their own addictions.

In 1993, Jim met Diane, and they married a year later. They were blessed with their one and only child, Lauren. Jim loved being her father. Lauren was always his “Daddy’s little girl”, and she was the “apple of his eye”.

Jim was an avid, life-long New York Yankees fan. When he took Lauren to her first Yankees game, he had the opportunity to meet Yogi Berra, which was one of the highlights of his life.

Jim had a long career as a manager at companies like AT&T, Prudential and most recently, Concur. He was a beloved mentor and forged many close relationships with his colleagues.

Jim and Diane raised Lauren in Robbinsville, New Jersey, where Jim served on the town council planning board. He also loved to volunteer, and went on several church youth group mission trips with Lauren to Appalachia. There, they rebuilt homes for the needy. Jim became great friends with the people he served, as well as his fellow volunteers. He treated the teenagers who went on these trips as if they were his own nieces and nephews.

In 2016, Jim retired, and he and Diane moved to Leland, North Carolina where they built their dream home. For the final years of his life, Jim made many new friends and spent hours with them playing cards and golfing.

Jim loved Oldies music, especially Frankie Valli and Stevie Nicks. He also loved spending time near the water — whether on a boat or on the beach. Jim will be remembered for his selflessness, his empathy, his laugh, and for being a bit of a prankster.

He is survived by his wife, Diane, his daughter, Lauren, his mom, Helen, and his siblings Ed, Bill, Nancy, and Jean. He also leaves behind a giant, loving extended family, including 13 in-laws, 34 nieces and nephews. He joins his dad, Ed, his brother, Bob, and his nephew, Russell, in heaven.

A Funeral Mass will be held at St. Helen’s Roman Catholic Church in Westfield, NJ on Saturday, February 27, 2021 at 10AM. Interment will follow at Fairview Cemetery in Westfield, NJ.

The family asks that in lieu of flowers, donations be sent to the St. Joseph Social Service Center in Elizabeth, NJ or Basilica Shrine of Saint Mary Sister Isaac Outreach Center in Wilmington, NC.