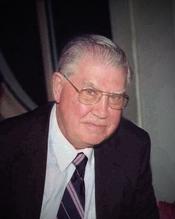 The son of the late George and Helen Williams Urban, Jim was born October 31, 1934 in Cleveland, Ohio and grew up in the Cleveland suburb of South Euclid where his father served as Mayor for 24 years. As a boy, he learned the use of tools from his grandfather, a general contractor, and put that knowledge to work building Soap Box Derby racers 4 years in a row, winning the Kiwanis sponsored race in South Euclid in 1948. Later he played varsity football, was in the concert band, and, with seven friends, organized the Twilite Canteen to provide weekend recreation for fellow students of Brush High School.

Jim was a graduate of Ohio Wesleyan University where he was a member of Delta Tau Delta fraternity and served as President of Theta Alpha Phi dramatics honorary during his senior year. There he also met his future wife, Lois Augden.

Following graduation he was employed as a research assistant by Cleveland Metropolitan Services Commission for a year prior to receiving active duty orders from the USAF. He and Lois married and spent the next three years in eastern France where Jim served as Postal Officer for five US air bases. He remained in the AFRes for five more years, resigning his commission as a Captain in 1966.
Upon his return from France he became actively involved in downtown development in the city of Cleveland, joining the staff of the Cleveland Development Foundation during the period of the early development of the Erieview Plan for revitalization. He left his position as Executive Vice President of the foundation in 1966 to become Associate Director of the Greater Cleveland Growth Board in charge of the Downtown Division which, at the time, included planning for the development of Cleveland State University.

In 1971 he left the public sector to become involved in private construction with firms in Florida, Michigan, and the USVI. While in St. Thomas he formed his own company to complete housing developments on both St. Croix and St. Thomas which had been started by a then defunct company. In the islands he also developed a passion for sailing, competing in ocean racing with his Cal 2-27 out of the St. Thomas Yacht Club.

Returning to the mainland in 1981, he spent the next 25 years in Charlotte, NC doing residential construction, sales and property management through Jim Urban Development, Jim Urban Builders, and Jim Urban Realty. He was active in the Charlotte Home Builders Association and served as Chairman of SPPACE (Shelter Providers Political Action Committee) in 1989. Retirement brought him to the Wilmington area in 2007 where he renewed his interest in sailing as long as his health permitted.

Jim leaves to honor his memory his wife of 55 years, Lois, and sons, Keith Urban of Charlotte, NC and Todd Urban of Indianapolis, IN. Also surviving are his sisters, JoAnn Taylor (Tom) of Mesa, AZ and Alice Glady (Fred, deceased) of Lyndhurst, OH; brothers, Mark (Caroline) of Lakewood, OH and Tom (Marc Samuels) of Millsboro, DE; thirteen nieces and nephews and many great nieces and nephews.

The family wishes to express sincere appreciation to all the dedicated caregivers who have provided assistance to Jim during the past year for their compassionate care and loving support.

A time of remembrance for family and friends is planned for a later time.