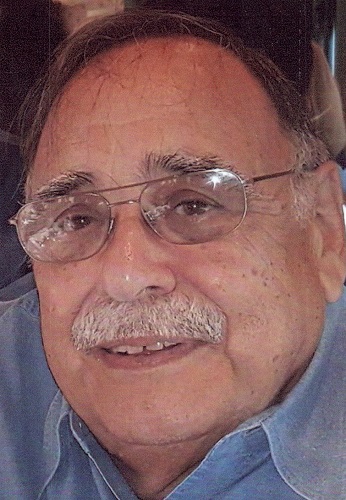 James Pete Economou, 84, born February 29, 1936 passed away on September 13, 2020 at Hospice of Wilmington, with his wife of 37 years, Carol Economou and son Pete Economou by his side.

Born in Nebraska City, NB to Peter Konstantine and Kalliori Mavros Economou. They moved to Fayetteville when he was six years old. He graduated from Fayetteville High School in 1953. After serving in the US Army he then attended NC State University, obtaining his Wood Technology degree. In the 1970s he opened the Whiteville Georgia-Pacific plant as the General Manager with a special focus on special treated pressed plywood. After moving to Wilmington in the 1980s he met his wife, Carol and they blended their families on August 6, 1983. Following in his dad’s footsteps and his own dream of owning a restaurant, they bought and ran The Original Salt Works on Oleander Dr for 13 years, establishing a very large, loyal network of staff and customers who all became great friends and extended family.

Retirement allowed him more time for his hobby of building and flying of RC airplanes. As a member of the RC Model Club of Wilmington, he was a part of the Wright Brothers replica which hung in the ILM airport terminal lobby.

As a member of the St. John’s Episcopal Church he was active in several ministries including Unseen Guest Meals, Interfaith Homeless Shelter Mission, Mother Hubbard’s Cupboard and a special fun weekly lunch with his R.O.M.E.O. (Retired Old Men Eating Out) buddies.

Preceding him in death besides his parents was his brother Gus.

A private graveside service will be held at the St. John’s Church Memorial Garden on Wednesday