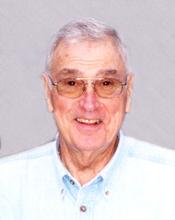 He was born in McDonough, GA on July 11, 1921 the son of the late Jessie and Annie Robert Price. Preceding him in death were his wife Carolyn Sutton Price, daughter Margaret Plunkett, and son Captain “Mike” Michael Price.
Senior Master Sargent James W.

Price was a World War II veteran and served his country in the US Army, US Navy then retired after 21 years in the US Air Force. He received numerous accommodations for his service. He also received a Presidential accommodation for overseeing the Air Force flyover conducted at President John F. Kennedy’s funeral. Following his retirement from the Air Force, he worked as a General Manager with Shenandoah Life Insurance Company for over 40 years and was inducted into the President’s Cabinet for his outstanding service.

Jim was a faithful member of Wesley Memorial United Methodist Church, and he will long be remembered for his faith in God, and love for his family.

A visitation will be held from 1:30 PM until 2:30 PM on Saturday, May 11, 2013 at Wesley Memorial United Methodist Church. The funeral service will follow at 2:30 PM with the Reverend Margaret Hockett officiating. Burial with military honors will follow at Oleander Memorial Gardens.

The family would like memorials to be directed to Wesley Memorial United Methodist Church, 1401 South College Road, Wilmington, NC 28403.