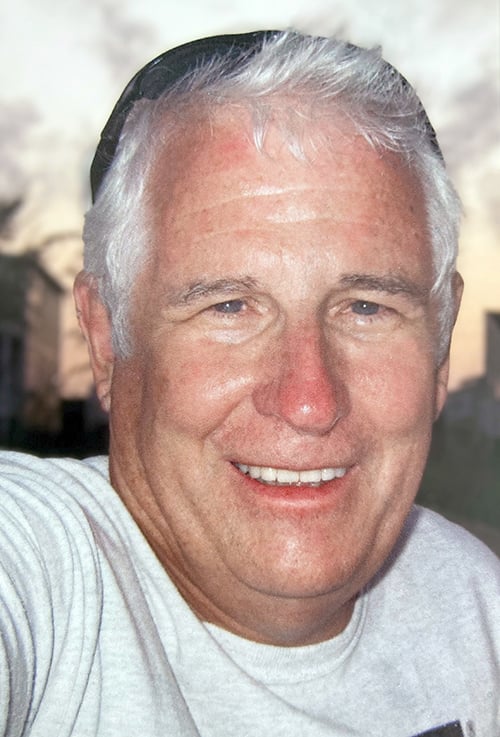 James Michael Brumm (“Jim”) passed on peacefully with his family by his side on January 16, 2022 at the age of 77. Though our hearts are broken, we are comforted by the fact he is now our guardian angel.

Jim was born to Ann and John Brumm on December 8, 1944 in Waxahachie, TX, and grew up in Wisconsin. He graduated from the Milwaukee Institute of Technology in 1966, and fulfilled his passion as an engineer for Caterpiller, Inc. where he worked for thirty-seven years. During his accomplished career, he earned his Six Sigma Certification and led an engineering team to Europe and Japan. Even after he retired in 2003, the sight of a CAT machine still stopped him in his tracks.

Jim met the love of his life, Linda (née Rowe) in Peoria, IL in a whirlwind courtship that might have never happened had she not been home that fateful day he knocked on her door. They enjoyed 53 beautiful years together. Through good times and health challenges, they remained each other’s steadfast rock to the end.

Jim is survived by Linda, their two children, Holly (Kevin) and Mike (Andrea), his grandchildren (Alex and Sara), his sisters (Julie and Jean), and he was looking forward to the birth of his new grandson. Jim was incredibly proud of his kids and their service as military spouses. He cherished his time with his grandchildren.

Jim’s journey ended at the NHRMC and Lower Cape Fear Hospice Care. His transition was peaceful thanks to the care and compassion of all the staff.

In lieu of flowers, memorials can be made to the Michael J. Fox Foundation for Parkinson’s Research and Lower Cape Fear Life Care.