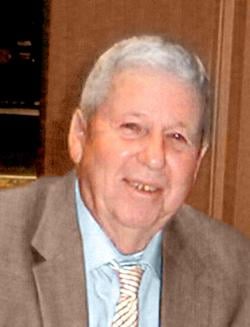 He was born in Wilmington on February 3, 1937 the son of James Wilbur Burriss, Sr. and Dainie Edens Burriss.

JW was a member of United Advent Christian Church. He served in the US Navy and then became a professional firefighter with a 20 year career at Military Ocean Terminal at Sunny Point as well a volunteer at Myrtle Grove Fire Department where he retired after 20 years as well.

JW was a man of many talents, including welding, woodworking, as well as fixing and driving race cars. The best that could be said of him is that he was a strong Christian who loved his Lord and Savior Jesus Christ.

Remembered is his son, James Keith Burriss; daughter Phyllis Burriss, and nephew David L. Burriss who preceded him in death.

.
There will be a time of visitation at the church beginning at 11 am until the time of the services.

At the request of the family memorial gifts may be given in memory of JW to the United Advent Christian Church Benevolent Fund, 4912 S. College Rd., Wilmington, NC or the Lower Cape Fear Hospice Foundation, 1414 Physicians Dr., Wilmington, NC 28401.