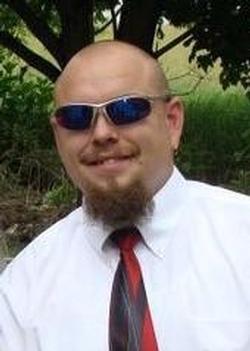 On Saturday, April 11th, 2015 our family encountered an unexpected tragedy with the loss of a husband, a father, a brother, a son, and much more to many people.

Jason completed his carpentry program at cape Fear Community College 2014. He was a hard worker and he made is family proud.

Jason was the oldest son of Diane Marie Kitchen and James Bunch.

Jason has many friends that will miss him very much but many thought of Jason as a brother, His best friends which include Jeremy Conklin, Chuck and Kellie Langlois, Tim and Toysa Tramel will miss him dearly.

Jason was wild but careful, very opinionated, he would give you the shirt right off his back but don’t make him mad because he wouldn’t hesitate to rip it back off. He could forever give, without expecting anything in return; hence why his nickname was Bailer. At the drop of a hat he would be at someone’s rescue in a time of need.

A fund is being collected at http://www.gofundme.com/sh93w98 if anyone would like to help.

A service to celebrate his life will be held in Battle Creek, MI. at a later date.