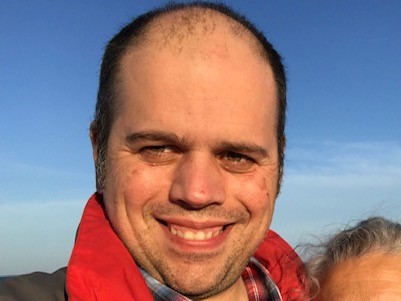 Jason was born on Sept. 30, 1976, in Baltimore, MD. He attended Randallstown High School and the Baltimore Culinary Institute. Jason was a talented chef and spent many years working at restaurants in the Baltimore area before moving to Wilmington, NC. Jason had a wonderful sense of humour and a caring heart. Jason enjoyed spending time with his family and his cat, Earl.

Jason is survived by his mother and stepfather Deborah (Mohr) and David Bryan; his stepmother, Denise (Hartsock) Mohr; his brother and his wife, David and Terri Mohr; his sister and her husband, Jennifer and Patrick Matsuda-Begy; his grandmother, Gloria Hartsock; his grandparents, Terry and Elizabeth Bryan; and his nieces, Molly & Kiera Mohr. He is also survived by many cousins, aunts, and uncles.

A funeral Mass will be celebrated 11:00am on Friday, July 19th, at St. Peter’s Episcopal Church, Ellicott City, MD.

Memorial contributions, in Jason’s name, may be made to St. Peter’s Episcopal Church, Ellicott City through tmcfunding.com.
Please share memories and condolences with the family by clicking on the “Post a Condolence” tab below.