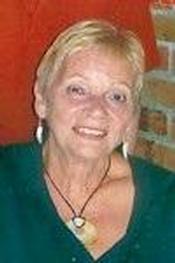 She was born in Pittsfield, MA, on April 17, 1938, the daughter of the late Charles and Marian Wertz.

Jean and her husband, Lee, retired to Wilmington in July, 1994, from Louisville, KY, where Jean had worked as a newspaper reporter and for the state of Kentucky. They marked their 52nd wedding anniversary on July 30, 2012.

Jean wrote a book on the area’s filming industry, “Cinematic Wilmington: Making Movies on the Cape Fear Coast,” in 2001 and it has often been quoted in news stories. She has also been active in Democratic Party politics here, with the N.C. Jazz Festival, and with the local chapter of the American Humanist Association.

A memorial service for Jean will be at 2 p.m. Saturday, August 11, 2012 at Wilmington Funeral Chapel. The family will greet friends and relatives from 1 p.m. to 2 p.m., followed by the service.

The family would like to thank the nurses and nursing aides on the 10th floor of New Hanover Regional for their compassionate and skillful care during Jean’s final weeks, and her many doctors. In lieu of flowers, memorial gifts may be made in Jean’s name to the New Hanover Regional Medical Center Foundation, 2259 S. 17th Street, Wilmington, NC, 28401, telephone (910) 815-5002.

Please sign the “Guest Book” and view the “video Tribute” by clicking on the tabs above.