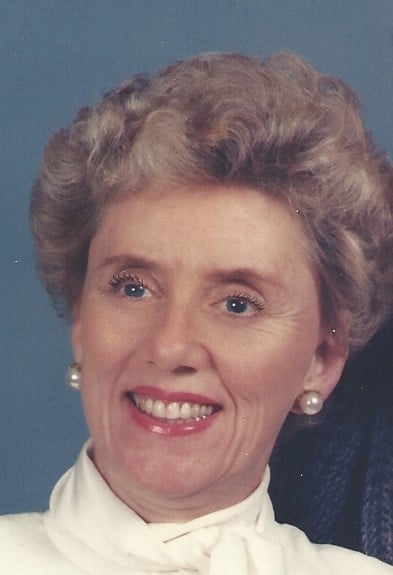 Jean Stanford Corpening, 92, died peacefully on December 26, 2022 in Wilmington, North Carolina where she had resided for two years.

Jean was born May 16, 1930 in Roanoke, Virginia.  She was one of five children.  She graduated from Salem High School in Salem, Virginia in 1948 and went on to earn a Degree from the Duke University School of Nursing in 1951.  She married Joseph Durham Corpening, MD who had graduated from Duke University Medical School that same year, and began working as a Registered Nurse at Duke Hospital.  After living in Richmond, Virginia briefly, she moved to Salisbury, NC in 1955 where the couple made their home.  She continued working as a nurse at the Veterans Administration Hospital for several years.  She often commented that when she first moved to Salisbury, she had an uneasy feeling but didn’t know why, but eventually figured out that she missed the security of being surrounded by the mountains around Roanoke Valley where she grew up.

Jean enjoyed playing tennis and competed in amateur tennis tournaments at the local and state level for a number of years.  She eventually became a certified Teaching Tennis Professional and taught tennis to adults and children for over thirty years.  After she retired from teaching tennis her passion became playing bridge with friends, sometimes winning as much as one dollar and twenty-five cents after an afternoon of highly competitive bridge playing.

Her favorite things to do were relaxing in the swimming pool in the summer, and visiting with friends and family.  Her younger brother, John Stanford, would often visit her in Salisbury.  Sometimes the two of them would meet in Wilmington to spend time with her son, daughter in-law, grandson and his family.  She was making the four- hour drive to Wilmington by herself, even at age 90.

She was a member of the First United Methodist Church in Salisbury.

Share memories and condolence by visiting the “Tribute Wall”