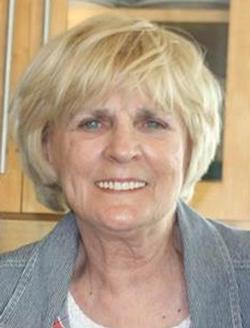 The moment you died my heart was torn in two, one side filled with heartache, the other died with you. I often lie awake at night, when the world is fast asleep, and take a walk down memory lane, with tears upon my cheeks. Remembering you is easy, I do it every day, but missing you is heartache that never goes away. I hold you tightly within my heart and there you will remain. Until the joyous day, when we meet again…

Jeanne Estes Faris, aged 73, died peacefully on February 12, 2015 after a valiant struggle with cancer. Jeanne was born January 23, 1942, in St. Louis, Missouri, the daughter of Ace Milford and Thelma Moore, who both preceded her in death.

Jeanne thoroughly enjoyed supporting causes for our veterans and writing poetry. She and her twin, James Milford, who also preceded her in death, enjoyed dancing at all of the school dances as teenagers and were surpassed by none. Jeanne graduated with honors from Olney Central College with her Associate Degree in Criminal Justice.

Jeanne was a resident of Olney, Illinois until moving to Hampstead, North Carolina with her daughter, Kimberly Lytle, and son, Kevin Faris in 2013. Prior to retiring, Jeanne worked at the Holiday Inn, Richland County Sheriff’s Department, as well as worked as the mayor’s assistant of Olney, Illinois.

In lieu of flowers, memorial donations can be sent in her name to the charity of your choice.