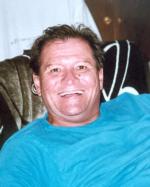 Jeff Cole 56, of Ash died Friday, December 10, 2010 at New Hanover Regional Medical Center. Jeff passed with family and friends by his side.

A celebration of life service will be held 6 pm Thursday, December 16, 2010 at Wilmington Burial and Cremation Service.

Jeff was born and grew up in Los Angeles, California. Where he attended the Los Angles public school system until his graduation from high school in 1972.

At age 22 he left Los Angeles to make his own way in the world. During the late 70’s early 80’s he become a Mental Health Technician at South Dakota State Hospital. This was the beginning of his career in the Mental Health field. He went on to work at Key Pine Village in Lecanto Florida for several years where he became supervisor.
In 2006 he moved to North Carolina where he worked with Evergreen Healthcare and later Southern Cross Healthcare.
His interested included a love of playing golf and football, especially the Tampa Bay Buccaneers who he had season tickets to for many years. He enjoyed spending time at the ocean with one of his favor beach being Honeymoon Island in Florida.

He loved his family and friends and always made a point to stay in touch, leading a supportive word or advice. In addition, he loved and cared daily his special girl, Matilda, his dog.

He is survived by his sisters Susie and Loraine, and his brothers Ron and Steve.
He is proceeded in death by his parents Jack and Pauline Cole, along with his siblings, Hope, Connie, and David.

In Lieu of flowers, donations can be made to Brunswick Country Humane Society.