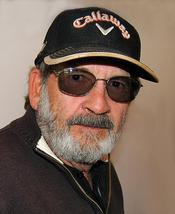 He was born on February 24, 1946. Jerry served in the U. S. Army. Spent the remainder of his life in the Upholstery Industries.

He is the son of the late Lonnie and Letha Ray Britt.

Visitation will be 3-5 PM Saturday November 23, 2013 at Wilmington Funeral and Cremation.