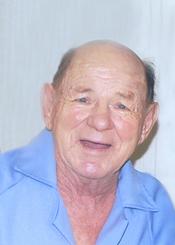 Jimmie F. Messer, 91 of Wilmington, NC was received into his heavenly home by his Lord and Savior, Jesus Christ, on Wednesday, July 27, 2011.

Jimmie was born on October 30, 1919 in Harnett County, Dunn, North Carolina to the late William Thomas Messer, Sr. and Claudie Woolard Messer. He was predeceased by one sister and three brothers. He was married to the late Peggy Jernigan Messer, the mother of his children; he was also married to the late , Mildred Boney Messer for forty years. Jimmie was a retired Motel and Restaurant owner in Leland,NC. He was a street car operator in Maryland during his earlier years as well as an employee of Erwin Mills, Erwin, NC. He was a member of Hodges Chapel Pentecostal Free Will Baptist Church in Benson, NC. Jimmie was a proud veteran of WW II serving in the US Marine Corps.

The family will receive friends from 10 to 11 am Saturday, July 30. 2011 at Wilmington Funeral Chapel where the funeral service will be at 11 am with burial to follow in Greenlawn Memorial Park.