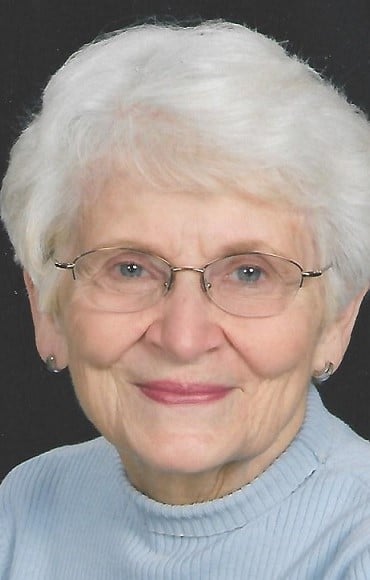 Her parents, Oscar and Eleanor Klein, moved their family from Union, N.J., to Winston-Salem, N.C., in 1946, and the Jersey teen spent a miserable senior year of high school at a place and time when Northern transplants were an unwelcome rarity.

She got through it, though, armed with a disarming smile and inner strength that would endure throughout her life.

Her view of the South mellowed along with her accent. It improved dramatically when she met her true love, Vernon “Red” Ennis, at High Point College. They married and raised three sons, Michael, David and Gary, in Salisbury, N.C.

The best mom ever, as far as her sons were concerned, Joan was all about family. Though she juggled childrearing and a career long before it was the norm, she managed a good bit of fun along the way. She enjoyed traveling and cheerfully roughed it on family camping trips. Later, Joan and Red loved taking cruises with her two sisters and their husbands. The three couples and their families always gathered for holidays and an annual beach week — highlights of a close-knit, loving family life Joan nurtured.

She worked as a kindergarten teacher for 13 years then 20 years with the Rowan County Department of Social Services, where she retired as supervisor of child support enforcement.

Joan and Red worked together for charities such as Habitat for Humanity and the Red Cross. They traveled to Homestead, Fla., in 1992 for relief efforts after Hurricane Andrew. Joan also volunteered with Rowan Helping Ministries and Crisis Assistance. She was both a Cub Scout den mother and a Girl Scout troop assistant leader.

The couple were active in their church, Milford Hills United Methodist, in Salisbury. When they moved to Wilmington in 2006, they embraced a new church community at Pine Valley United Methodist, where Joan met her great friend Jane Rhodes and many others.

In addition to her parents, Joan was preceded in death by her husband of 66 years, Red; her son Gary, of Concord and Holden Beach; her son Mike and his wife Sue, of Wilmington; and her sister and brother-in-law Mitzi and Parks Gray of Garner.

She is survived by her son Dave Ennis, of Oak Island; grandson and great-grandson, Brian and Jonah Ennis, of Wilmington; her sister and brother-in-law, Susan and Scott Kilmon, of Royal Oak, Md.; and her nieces and nephews and their children.

No public memorial service is planned at this time.

Donations in Joan’s memory may be made to the charity of your choice or the Methodist Home for Children Foundation, 1041 Washington St., Raleigh NC 27605-1259.