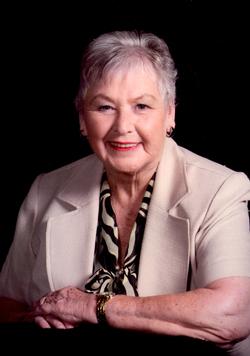 Joan Ada Ruddiman Mcllwraith, age 82, passed away on August 16, 2015. She was born on August 4, 1933 in Astoria, Queens, New York to John and Marion Ruddiman. Joan and her husband, Alexander, were married for 57 years living in East Northport, NY prior to moving to Wilmington, North Carolina in 1997. Joan’s two brothers, Robert and Donald, predeceased her.

Joan attended New York City schools and Barnard College. She was employed for many years in the financial services industry. Her last employment was with was AG Edward Brokerage. She was a faithful member of several churches in New York and for 18 years at St. John’s Episcopal Church in Wilmington. She had leadership roles in Episcopal Cursillo, Walk to Emmanus and participated in North Carolina Kairos prison ministry. In her personal life she was an award winning bowler and in retirement became an avid bridge player. She loved to give parties and was a great cook.

A Memorial service for Joan will be held on Friday, August 21 at 11:00 am at St. John’s Episcopal Church located at 1219 Forest Hills Drive, Wilmington, NC. Interment will be in the Halleck Memorial Garden at St. John’s.