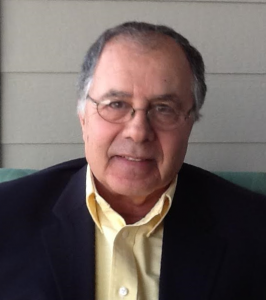 Dr. Mintzes’s scholarly achievements included researching conceptual development and cognitive processes in Biology and developments in Environmental Education. He was the Visiting Ecology Scholar at Providence University in Taiwan and a Fulbright Technion Fellow at the Israel Institute of Technology, Haifa.

He began his career at the University of Windsor as an assistant professor of Biology. In 1979 he accepted a position at the University of North Carolina at Wilmington where he taught Introductory Biology to hundreds of students. He retired as a full professor having advised and mentored many graduate students who went on to make contributions to the field of Biology education.

In 2008 Dr. Mintzes accepted the chairmanship of the newly created Department of Science Education at California University at Chico. When he retired from Chico State, he continued his work with the Harvard Smithsonian institute for Astrophysics writing Biology examination questions for middle and high school students as part of of a research project focusing on misconceptions in science.

He was an active member of BNai Israel Synagogue where he served on the board, and he taught in the religious school. He is survived by his wife of fifty-two years Sue Mintzes of Wrightsville Beach; son Aaron (Corinne) Mintzes; siblings Terry Reich and Richard Mintzes; nieces Miriam White (Nicholas Kuperman) and Shayna Reich; nephews Adam Reich and Andy White( Amy Ludwig).

He is also survived by the light of life grandson Lazar Mintzes.

The family has asked that in lieu of flowers contributions in memory of Joel Mintzes be made to: The Herbert and Shirley Mintzes Memorial Scholarship Endowment at giving.uncw.edu/mintzes or checks can be made to UNCW, University Advancement, 601 South College Road, Wilmington, NC 28403 with a note indicating Mintzes Memorial Scholarship Endowment. Contributions may also be made to BNai Israel Congregation, 2601 Chestnut Street, Wilmington, NC 28405.