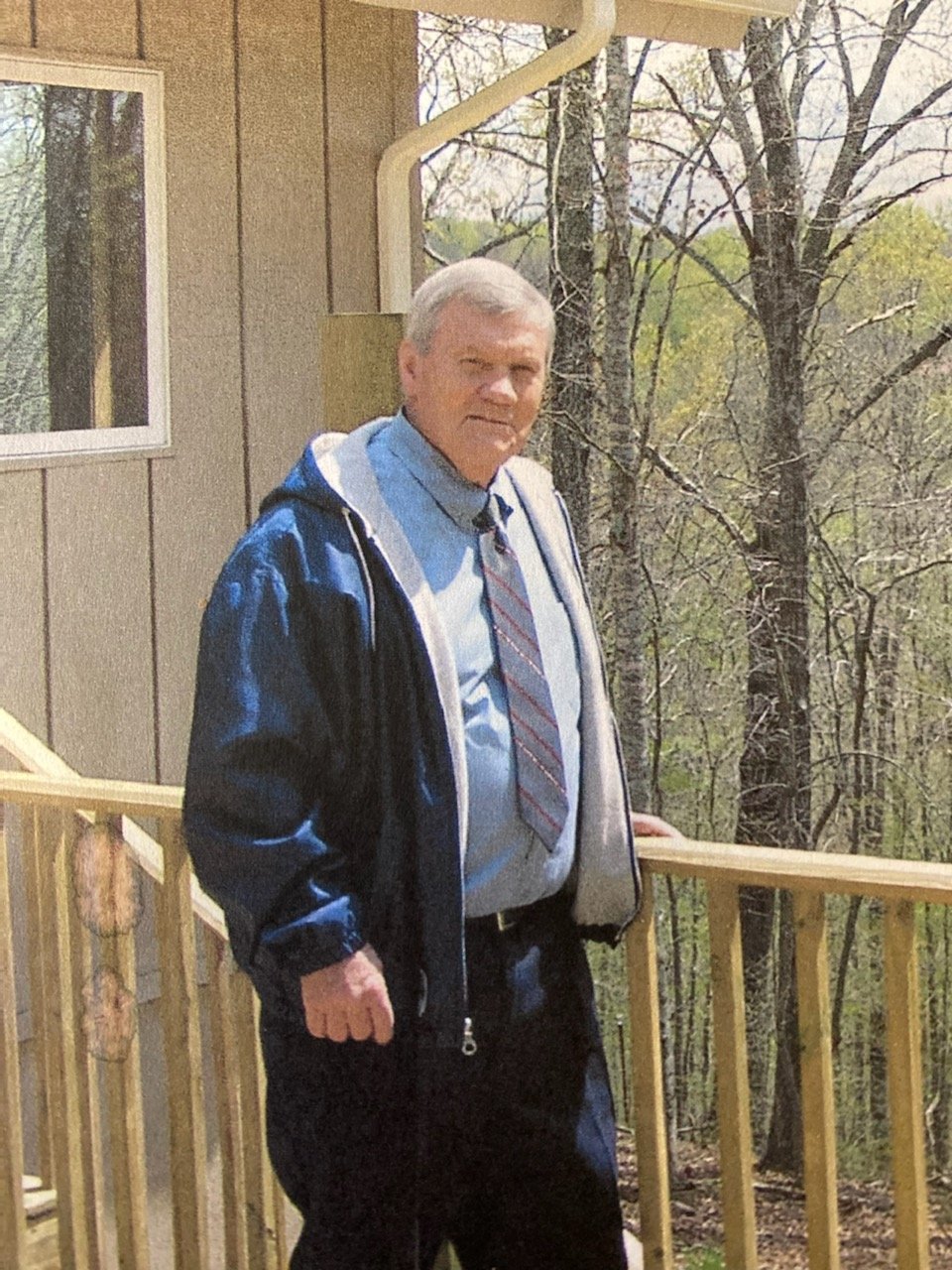 John Alton Meeds passed quietly at the hospital on January 31, 2022, after eighty-six full years of life. John was born to humble beginnings on August 27, 1935, to Marion Lewis Meeds and Fannie Brown Meeds in Annapolis, Maryland.

He spent his youth on a tomato farm, an experience that did not translate to his own garden decades later where he could never successfully grow a tomato. From a young age, he enjoyed traveling, something that led him to the Air Force where he was stationed in Mississippi and Iceland. He met the love of his life, Clemmie Lou Rickard, during a card game at his sister Shirley’s house in 1960. Clemmie was taken with his dark curly hair and mustache. They married the next year on November 18th in a small ceremony with very little photographic evidence. Together they had three kids-Michele (Sissy), John Junior (Bud), and Dustin (also Bud)-who were constantly trying to kill one another it seemed. Ever the conveyor of strange punishments, John often sentenced them to hugging trees and holding volume knobs, something he thankfully never inflicted on his two grandchildren, Brittney and Matthew.

His love of travel continued after marriage and kids when he and Clemmie would get away from the house and ride motorcycles through the countryside. On family trips he was notorious for crossing clearly marked “do not enter” signs, leaving the camera on while using the bathroom, and mislabeling pretty famous landmarks. After leaving the Air Force he worked at Philco Ford and Dupont where he was able to travel the world, seeing India, Turkey, Spain, Switzerland, Germany, and Ireland (though a terrible case of gout made that a pretty short trip). After all his travels, he swore the most beautiful place in the world was the foothills of Tennessee.

Before his granddaughter was born, he insisted he’d never let his grandchildren call him pet names like Pop Pop. He lovingly went by Poppy for the last 32 years of his life, so I suppose he lost that battle. To know John was to love him and to feel close to him. You did not have to be blood related to be family. If you asked him about crabbing, he could talk forever, reliving family trips from Wilmington, Delaware where the family would drag chicken necks through the edge of the water to entice crabs. Any crabs that they caught rode home between Michele’s legs, attempting to escape while John laughed in the front seat. If you needed his help fixing anything, from a weird sound on your car to a shredded pool cord, he’d be there. These are traits all of his children adopted in their own ways.

An animal lover to his core, John always surrounded himself with dogs. This is a trait that he passed on to his kids and grandkids, buying pets from dogs to Shetland ponies and alligators. In his final years, he’d still make sure to wander to his pond to feed his fish and turtles. He leaves behind many grand dogs that felt his love even if he misgendered them constantly. He is survived by his daughter Michele Knotts (Steve Knotts), son Dustin Meeds (Shannon St. Clair), grandson Matthew Knotts (Krystal Knotts), and granddaughter Brittney Knotts (Joe Ensley). Left with sixty-two years of colorful memories and many boat replicas is the love of his life Clemmie Meeds. He rejoins his dogs Rocky and Onyx in the afterlife along with his son John Junior where they are most likely drinking a cheap beer together, talking about investments, and laughing at how long this obituary is.

A private graveside service for immediate family is planned.