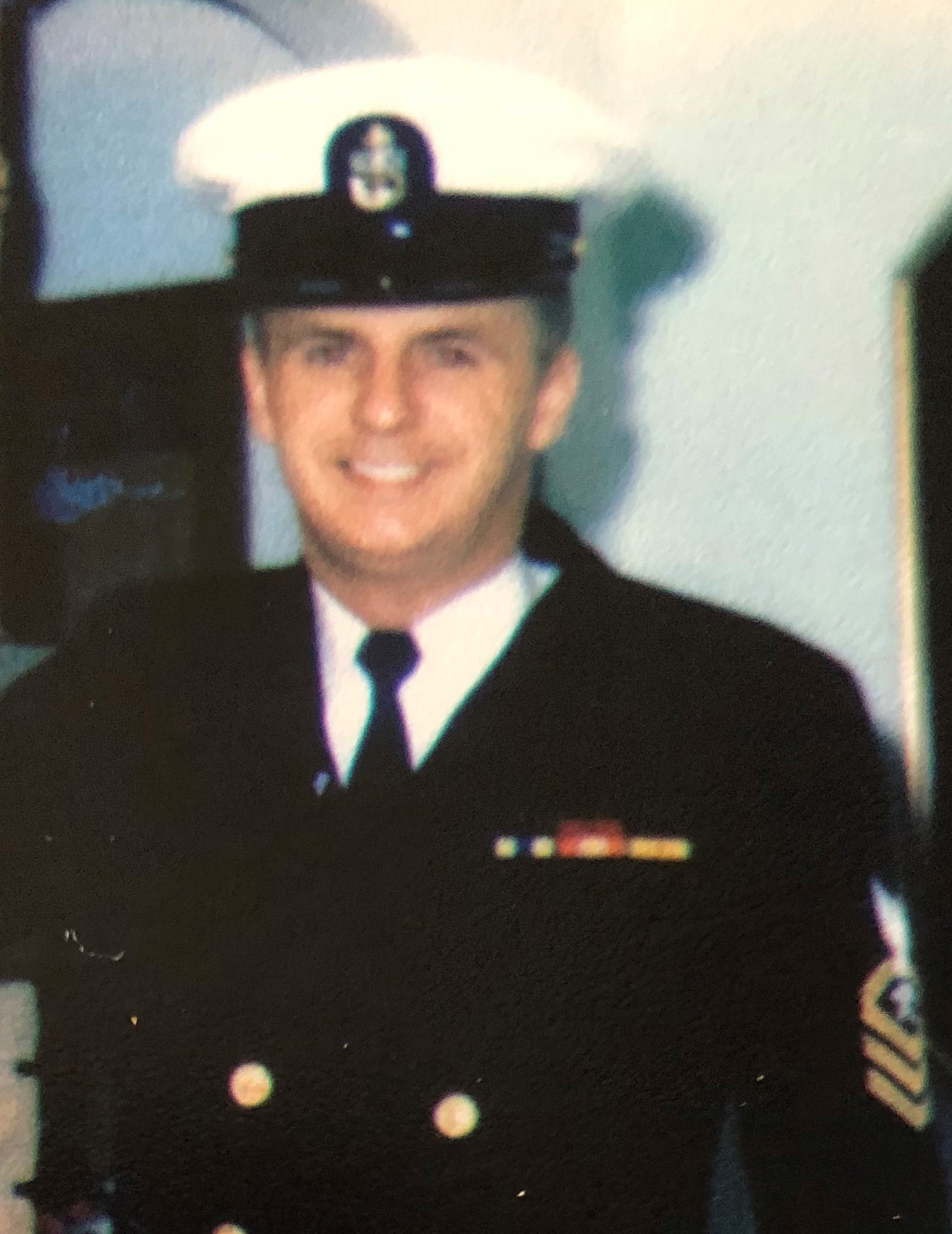 Retired Chief Petty Officer, John Arthur Levesque, was born in Washington, DC on September 12, 1940 to John and Margaret Levesque. He died on June 11, 2021 from multiple medical conditions, caused by his agent orange exposure. His parents and sister, Barbara Weese, predeceased him. John is survived by his wife, Judith Marie Levesque, sister, Joy Casper (Ron), niece Pam Vaden (Tom) and many other nieces and nephews.

At seventeen John joined the Navy becoming a career sailor, as his father before him. John deployed on many ships in the Atlantic and Pacific Fleets. He served two tours in Viet Nam and has been on 5 continents. After he retired from the Navy, John and Judy settled in Virginia Beach, VA. John became a civil servant until his second retirement. Later he also worked for the local government. He enjoyed trips on his motorcycle, shooting competitions, his dogs and a heated game of cards. He was known, by name, at the local sub shops, Wendy’s and The Golden Corral.

Joy and Pam want to express their incredible appreciation, to the village of people, who visited John (even when he moved 5 hours away), rendered support, meals, transportation, store and pharmacy-runs, called and also sent cards over the last 18 months. Military buddies, their wives, neighbors, friends (including the posse) plus the dinner delivering dentist and her staff, gave value and dignity to John in his greatest time of need. Most of these kindnesses occurred during the peak of Covid. We witnessed the best of humankind and are sending heartfelt thanks to all of you. You have certainly paid it forward.

The family will have a small private memorial in North Carolina, where John had relocated in March to be closer to family. Later in the summer his cremains will be delivered to the Naval Command in Norfolk for a burial at sea. Expressions of sympathy can be made to organizations that aid Viet Nam Veterans or to the Virginia Beach SPCA @ 3040 Holland Rd, Virginia Beach, VA. 23453.

John, we wish you: Fair Winds and Following Seas