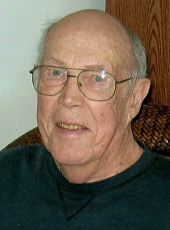 He was born in Mount Airy, NC on September 17, 1933 to John Elisha Banner, Sr., and Johnnie Mae Roberts Banner.

John was a proud veteran and Captain of the US Air Force flying F-100’s serving in active duty from 1955 – 1959 and later was a member of the NC Air National Guard from 1964 to 1969 and flew transport missions in support of combat operations in the Vietnam War. John was a graduate of UNC Chapel Hill with a degree in Banking and Finance. He was a professional Real Estate Broker and Appraiser and a partner in Town and County Realty in Mount Airy, NC from 1958 to 1979 and after moving to Wilmington operated John Banner Associates as an Independent Fee Appraiser, and Commercial Broker. After retiring from real estate John was a Bridge Tender at the Isabelle Holmes Bridge in Wilmington. John loved being on the water and fishing as well as hunting with his son “Jay”.

John is survived by his wife of 50 years, Sherry Morris Banner; his son, John Banner, III along with other extended family members.

A Celebration of Life ceremony will be held 2 pm Wednesday, June 27, 2018 at Wilmington Funeral Chapel. Interment will be held in Mount Airy at Oakdale Cemetery on Friday June 29 at 10am and is open to family and friends

Flowers or donations to be made to a charity of ones’ choice or to St. Jude’s Hospital.