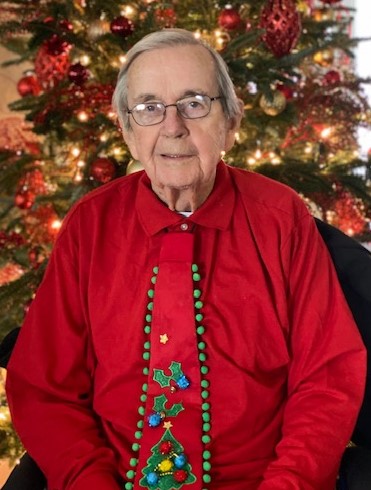 JB was born in Wilmington on April 19, 1934 to John Barnes Hinnant, Sr. and Viola McMillan Hinnant.

In his early years he was known as Johnny and later in life as JB.

JB grew up in the Seagate Community and graduated from New Hanover High School 1954. He was a proud veteran of the US Army and served during the Korean War. After the war he owned and operated Hinnant Construction Company, sometimes known as RDJ Construction (named after his children Renae, Denise & John). He built many commercial properties in and around the Wilmington area and was part of the revitalization of downtown Wilmington. He worked on several buildings during the early days of downtown’s renaissance and his influence on historic preservation standards for commercial construction are still in use today. He was a member of Winter Park Baptist Church and a former member of the Masons and Shriners.

A special thanks to the Care Team at Elderhaus-Pace for the love and care to JB and his family.

Though many people come and go through our lives there are some that leave a lasting impression on our hearts. Dad was one of these people. His kindness, generosity, and love will always be remembered.

To honor his wishes, he is to be cremated and his urn to be placed with his family in Oakdale Cemetery.

A celebration of life will be held at a later date. Not because of Covid, but because he deserves a big one!

Share memories and condolences with the family by clicking on the “Condolence” tab. In lieu of flowers, the family requests contributions be made to Elderhouse/Pace as it became his special place for the past 4 ½ years. The enrichment of JB’s life through the programming of Elderhouse added years and vitality to his life. Checks made payable to Elderhaus Pace: 2222 South 17th Sreet, Wilmington, NC 28401. In loving memory of John Hinnant.