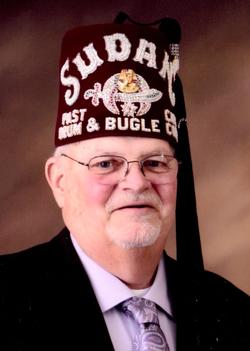 John C. Collins, age 72 passed away Saturday, July 11, 2015 at his home at Liberty Landing in Winnabow with his family by his bedside.

John was born in Springfield, MA on May 15, 1943. His parents were George H. Collins and Elizabeth Abrams Collins.

John was a proud veteran of the US Navy. He was the founder and owner of Diesel Parts of Carolina in Wilmington, and along with his family has operated it for over 35 years.

John was a member of many Masonic organizations including, Wilmington Lodge # 319 A.F. & A.M., Life member of Wilmington Scottish Rite Bodies, Sudan Shrine Temple in New Bern, Past Captain of the Sudan Drum and Bugle Corps, Arab Shrine Club, Past Director of Royal Order of Jesters New Bern Court #145, Cape Fear Chapter # 346 Eastern Star. He served all of these organizations well and held leadership offices in most of them.

John was also a member and President of Azalea City Kiwanis Club, Coastal Cruisers Car Club and served on the Cape Fear Community College Advisory Board for 35 years. He served on the Advisory Board for the Heavy Equipment and Transport/Marine Systems, member of the USS LST Ship Memorial and the USS Glacier Association. He was a Master Hillbilly and member of Hillbilly Clan #58 and was a big Red Sox fan.

John is survived by his loving and devoted wife Diane Ferioli Collins; his sons and daughters-in-law, Jeff and April Collins and Matt and Kande Collins; his three special grandchildren, Tanner, Caleb, and Walker Collins; two brothers, George and Steven Collins; and his sister, Mynetta Januska; nieces and nephews. Lovingly remembered is his daughter, Shannon Collins.

A Celebration of Life memorial service will be held 3 PM Saturday, July 18, 2015 at the Arab Shrine Club, 4510 S. College Rd., Wilmington, NC 28412. A reception for family and friends will follow. All members of the Sudan Drum & Bugle Corps will be Honorary Pallbearers.

The family extends a special thank you to Dr. McNulty and the staff at Cape Fear Cancer Specialist of Wilmington and Lower Cape Fear Hospice.