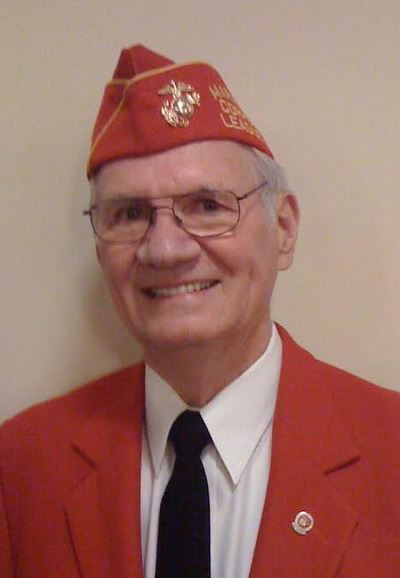 On Tuesday November 16th, 2021 we lost a man among men, John “Jack” Brodie Sr, just 4 days shy of his 90th birthday. He was a man of conviction and great principle. He had strong feelings on right and wrong, and lived every day to be an example of his ideals.

He was an active-duty U.S. Marine from 1952-1954, continuing in the reserves until 1960. He lived the motto “once a marine, always a marine” by serving in the Cape Fear Detachment of the Marine Corps League. In 2011, Jack was named the Detachment’s Marine of the Year, an honor he was exceptionally proud of.

More than country, Jack loved his family. He and his lifetime sweetheart, Joan, celebrated their 64th wedding anniversary this year. He courted her while both worked at the Lowe Paper Company in New Jersey before marrying her on a beautiful June day. After starting a family in New Jersey, Jack and Joan moved to Ohio where he worked as an chemical engineer before becoming an electrician. Jack was a devoted friend of Bill W, who had an immense impact on his life. After retiring from Ford Motor Company, Jack and Joan moved to Wilmington, NC where they built a wonderful community of friends and loved ones, anchored by the Immaculate Conception Church. Recently they moved to Charleston, SC to be closer to family. Jack and Joan are an example of enduring love for all those around them. Their six kids brought Jack immense joy, sometimes headaches, and endless memories.

Services will be held in Wilmington, NC on Sunday, November 21st from 2-4 at Wilmington Funeral and Cremation in Wilmington NC. On Monday November 22nd there will be a Funeral Mass at 9 AM at Immaculate Conception Church. A private burial at the Florence National Cemetery in South Carolina will follow. In lieu of flowers donations can be made to Cape Fear Marine Corps League, Detachment 1070, C/O Paymaster Art Howard 8202 Egret Point NE, Leland NC 28451 add Memo John Brodie.

Jack’s family wishes to thank the many doctors, nurses, and aides who cared for him as well as the staff of Wellmore in Charleston for their kindness and attention.